Tourist and travel guide Holidays in Spain Prices in Spain

Prices in Spain are certainly not the highest – of course, everything depends on a specific region or even city. The most expensive holiday destinations are definitely Barcelona, ​​Madrid and one of the Balearic Islands – Ibiza. On the other side of this barricade are the Canaries – Fuerteventura, Tenerife and Lanzarote, and the Spanish coast of Costa Almeria.

So, what are the prices in Spain, regarding holiday accommodation, costs of food and dishes in restaurants, transport, attractions and souvenirs – all the necessary elements of a successful holiday abroad?

Accommodation prices in Spain depend on the date when we intend to come and the specific location. It is known that in the high season, i.e. from May to September, the cost of accommodation here will be higher than in the rest of the year. Christmas and New Year’s Eve will also be exceptions.

As for the regions of Spain and accommodation prices, the most expensive will be in Ibiza, Majorca and the Costa Verde. Of course, also in the most expensive Spanish cities in general, i.e. Barcelona, ​​Seville and in the popular, although slightly exclusive seaside town of Marabella. On the other hand, relatively the lowest prices for accommodation are offered by resorts in Tenerife and on the Costa Almeria and Costa Calida. Among them, you can also mention Madrid and Granada.

Average accommodation prices in Spain are at this level:

See also prices on the Costa Brava. (To be added soon!)

Prices of means of transport in Spain

Urban transport in Spain is not very expensive. Of course, ticket prices depend on a specific city and region. In addition, if we buy city cards authorizing to visit tourist attractions, they will usually also include a package for public transport. When it comes to moving from city to city, the prices in this case are no longer the lowest.

So in this situation it is definitely better to rent a car.

In Spain, you can also get around with a rented bike. The cost of such pleasure is from 20 to 45 euro per night. The means of transport are sometimes also cable cars. Tickets for this type of attractions are quite expensive, as they cost from 15 to 30 euro (sometimes even for a one-way trip).

Price of taxis, fuel and car rental in Spain

In Spain, taxis are operated by both licensed and private operators. Ride prices are rather similar, regardless of the region. They are as follows:

As we have already mentioned, car rental prices in Spain are rather inexpensive. Depending on the specific rental company and car model, rental date and insurance package – for one day of renting an economy class car we will pay from 10 to 25 euro (with full insurance).

To this, of course, we must add the cost of fuel.

Food prices in Spain are rather moderate, and we can do cheaper shopping in supermarkets such as Dia, Lidl, Carrefour, Caprabo, Mercadona, Aldi and Iceland.

The first two are the best in terms of food. In Spain you can also find smaller shops and bakeries. However, the prices in them will be much higher. However, the quality of products and their wide selection will be greater.

Overall, prices for dairy products, meat, vegetables and fruit are higher in Spain. Among them there are also exceptions, such as Spanish cheeses, which are, for example, twice cheaper than those imported from France. However, sweets, drinks and all ready-made dishes will be cheaper here, not forgetting about Spanish wine.

Average prices of basic groceries in shops in Spain:

Fruit and vegetable prices in stores in Spain:

Prices of drinks, alcohol and cigarettes in shops in Spain:

Meal prices in bars and restaurants in Spain

The prices of restaurant food in Spain are rather moderate. It all depends on where we are going to eat – the further from the city center or attractions, the cheaper. The cost of meals also depends on the specific location, for example, we will eat the cheapest in Lanzarote and Tenerife and on the Costa de la Luz.

The most expensive is Mallorca, on the Costa Azahar and Costa Tropical.

On average, for a dinner in a cheap restaurant in Spain we will pay from 7 to 15 euro. However, for a meal in a slightly better restaurant you have to pay from 13 to 30 euro (for three courses). The seemingly cheapest option in Spain is ordering tapas, which cost around 2 euro per portion. However, it is a small (literally) snack that we will definitely not fill ourselves with. The solution to the situation is, as always, fast food and meals served with the so-called menu of the day.

Average prices of fast food and street food in Spain:

Average prices in cafes and bars in Spain:

Prices for attractions in Spain

There are many attractions in Spain. The ticket prices vary considerably. Entry to Barcelona’s top attractions costs less than 10 euro upwards. And in the region of Andalusia, all state-run museums are free.

Sample prices of attractions in Spain:

Prices for souvenirs from Spain

Spanish phrasebook for every tourist and visitor!

Paris / Tourist attractions, interesting places and monuments / What is worth seeing and visiting?

Madrid / Tourist attractions and monuments / What is worth seeing and visiting?

Souvenirs from Prague, or what to buy in Prague? 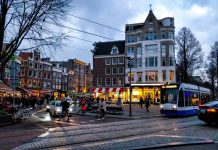 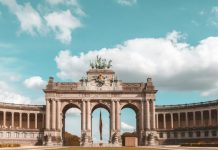 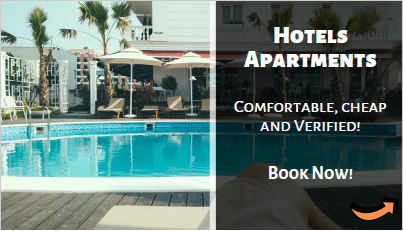